Like its founder Abbé Pierre in 1949, Emmaüs France charity’s communication has always been committed, attractive, direct, and even bold sometimes.

Remember the campaign in response to the mayor of Beziers (city), Robert Ménard, who established ethnic registration in schools. 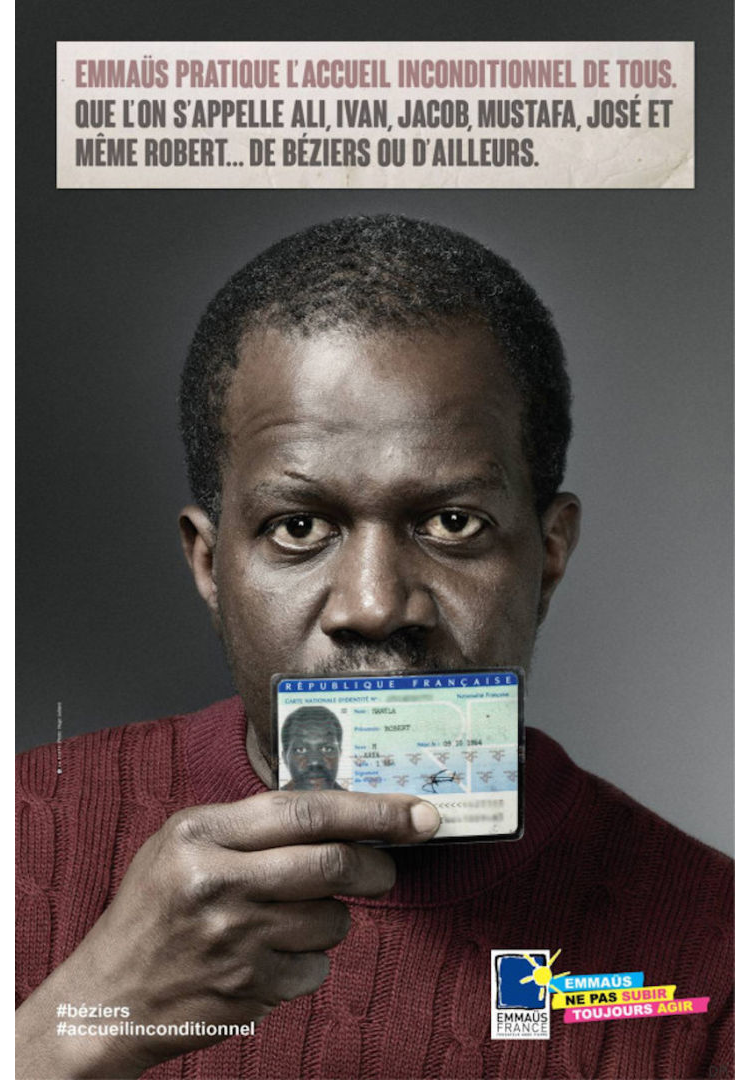 Today, after Emmaüs France’s new campaign was revealed, we couldn’t help but notice the resemblance with another campaign, from retail-clothing company H&M (Close the Loop – Sustainable fashion through recycled clothes)! Just a little reminder…

Now that you have it in mind, let us discover Emmaüs’ new film. Pay close attention to the shots and the characters because it all looks very muchalike.

Do you find anything striking? Other than “yet another campaign inspired by the work of some art directors from the other end of the world” (tribute to Joe La Pompe)? We had fun doing a little benchmark, not without ulterior motive. Have a look at it… plagiarism.

Now that you have seen it all, let’s not stop here. Considering the undeniable resemblance, we tried to know more about this campaign, because we just couldn’t settle for the plagiarism hypothesis, not with a charity so well known and respected. So, was it a deliberate choice, or an attempt to compare two opposing worlds (being vs. appearing)? Or was it simply a plain lack of inspiration?

So we looked for the agency behind this campaign, La Secte. We contacted them and they accepted to answer our questions.

Let’s not beat around the bush! Did you, or did you not plagiarize H&M’s campaign?

Absolutely not! Next question? (Laughs). No, when Emmaus asked us to work on sustainable development, our first idea was to use the upcycling concept (nothing is lost, everything is transformed) in our campaign.
Quickly, we came to realize that in the audiovisual industry, recycling merely equals to resampling: some sort of remix culture.
When we first heard of H&M’s Close The Loop campaign, the production appealed to us and we thought it would be a great source of inspiration. Remixing a commercial about recycling to promote recycling seemed like a good idea!

Many of our readers would have loved to be there for the campaign’s brainstorming… so how did you transpose H&M’s very “fashion” images to Emmaüs’ world?

This is what interested us from the beginning. Dissecting the movie shot after shot, and injecting Emmaüs in every one of them. When you show a man with an umbrella in the street, but take off the H&M branding and replace it with Emmaus’, the whole message sort of adapts itself. We used this method on every sequence, our only obligation being to show an aspect of the charity and its members. The original movie has so many settings and characters that it was funny to replace them with the Companions [of Emmaüs], in their ownreality. Emmaüs is a variety of people; as with our preceding campaign, we wanted to put them at the center, to bring them to light. With “The Extraordinaries”, the background was a famous relooking TV show; today we offer them one of the most famous fashion brands. We want to show the Emmaüs community as we see it everyday:beautiful, bright and involved.

And, let’s face it: we loved the challenge ofremaking a movie like that of H&M with a budget that’s maybe a hundred times less important. This got the whole movie crew very excited.

You do give the impression of acting like some sort of chaperone to the Companions of Emmaüs. Why did you feel you needed to go beyond your role as a publicist?

The real trick is to know who your client is! Our client is the Emmaüs community. We don’t work in a social vacuum, in our office exchanging email with top executives. Anyway, at Emmaüs there’s no such thing as a pyramid scheme! We really made this movie all together. In every community that we filmed, everybody was putting their skills to good use, for the movie – which was pretty handy by the way, when we were like “crap, I don’t have the right cable”, a Companion would run to his workshop and make it on the spot! But to be really honest, it can be hard sometimes, “playing our part as publicists”. Most of these people have been through terrible things: they ran away from oppression, saw their family or friends die… we can’t really be in an agency/client relation. There is a great deal of humanity in this, and it pushes us toward something else. They’re the ones who help us go beyond our role as “publicists”.

We came to them. Behind Emmaüs, there will always be their historic and loud-mouthed spokesman: Abbé Pierre. So when you speak for the charity, you can say whatever is on your mind, react spontaneously to ignominy, and that’s exactly what we wanted to do. When we learned in the media that Robert Ménard (Mayor of the city of Beziers, close to the French National Front) was resorting to ethnic registration in schools, we felt we had to do something!

So we contacted Emmaüs with a response proposition, and they said yes. A week after, it was all over the news, and we’ve known that we’re on the same page ever since.

Actually, La Secte is a very small structure, but in a good way. We sort of get into our projects commando style. Our strength lies in the network that we’ve created. That’s the source of our impulsiveness. For every campaign that we’ve done, we’ve worked on very short notice. This may be our strength too. As soon as we get our idea, we will look for artists that seem to embody the cause and from there, there is no hierarchy. Indeed, it is thanks to this network, the famous “word of mouth”, that we were able to contact Oxmo Puccino (rap artist) who agreed to participate and give voice to the film while he was in full promotion of his new album. Ultimately, all those who shared the adventure of this movie… stylists, musicians, visual artists, filmmaker… we are all in the service of what we call pompously on our site « the sacrosanct idea » !

I understand that associating our agency’s name with Emmaüs can be surprising, but you have to think of it in an etymological sense. The word “sect” comes from the Latin word “secta”, which means “a path you follow, a party, a cause, a doctrine”. It is a group of individuals sharing a same code of conduct, a common belief. Well, for us it’s the “sacrosanct idea”!